New to Me Author - Darynda Jones, Audio Review First Grave on the Right 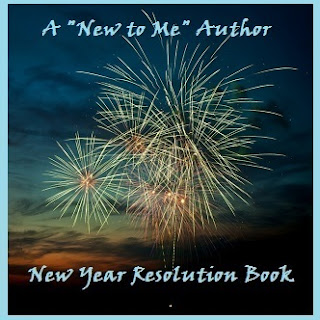 Keeping up with my New Years Resolution, my "New to Me" author for February is Darynda Jones. 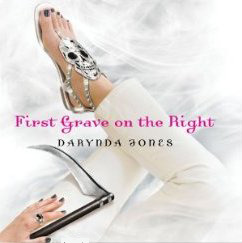 Book Blurb:Part-time private investigator and full-time Grim Reaper Charley sees dead people. That's right, she sees dead people. And it's her job to convince them to "go into the light". But when these very dead people have died under less than ideal circumstances (i.e. murder), sometimes they want Charley to bring the bad guys to justice.

Complicating matters are the intensely hot dreams she's been having about an Entity who has been following her all her life... and it turns out he might not be dead after all. In fact, he might be something else entirely.

I had won the audio book, First Grave on the Right via a blog hop from an awesome audio book reviewer site, Hot Listens and I was saving it for a long car ride or a flight to listen to it. Turns out that while walking fast on a treadmill, the bouncing up and down was making it hard to read a book so I thought that this workout time would be perfect for audio books. Problem was, I got so sucked into First Grave on the Right that I couldn't wait in between workouts just to hear it. So as much as I wanted to savour the audio book, I couldn't. Guess I'll just have to find a more boring book to listen to while working out. *grins*

I am so hooked. I want to ignore the stack of already purchased books and go straight to a store and immediately buy the rest of this series.  The premise of the story is unique and the main character, Charley is as witty and alluring as they come. Chick lit at its best. I found myself laughing out loud and wanting the narrator to talk faster so could absorb the story at record pace. I thoroughly enjoyed First Grave on the Right.

Charley is P.I. but that seems to just be her cover. With secret intel being shared to her from the recently deceased, she works with her detective uncle to help solve their murders. Charley is a Grim Reaper but it is not the cliched Grim we are all familiar with. You see, Charley's Grim plays for the good guy and she helps souls crossed into the light. She's had her gift her entire life and she can even remember the day she was born.

First Grave on the Right had it all. Mystery, suspense, awesome characters, intriguing plot and oh yes, there was a bit of romance. I say a bit because I can tell you that the readers are just given a bare taste of what is to come in that regard. His name is Reyes and I say fasten your seat belts ladies because we are going on a wild ride.

Teasers: Danger Will Robinson, dreams that will make you want to go to bed early every night, Angel sidekick, Dutch

I agree. This is a terrific book and the audiobooks just keep getting better! I couldn't stop once I started listening.

I am fully addicted now!