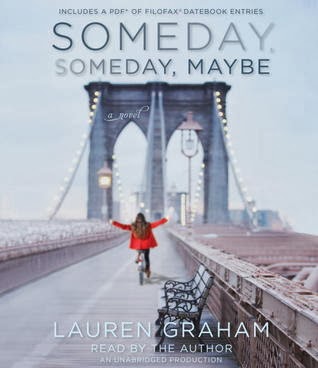 Book Blurb:
It’s January 1995, and Franny Banks has just six months left of the three-year deadline she set for herself when she came to New York, dreaming of Broadway and doing “important” work. But all she has to show for her efforts so far is a part in an ad for ugly Christmas sweaters, and a gig waiting tables at a comedy club. Her roommates--her best friend Jane, and Dan, an aspiring sci-fi writer--are supportive, yet Franny knows a two-person fan club doesn’t exactly count as success. Everyone tells her she needs a backup plan, and though she can almost picture moving back home and settling down with her perfectly nice ex-boyfriend, she’s not ready to give up on her goal of having a career like her idols Diane Keaton and Meryl Streep. Not just yet. But while she dreams of filling their shoes, in the meantime, she’d happily settle for a speaking part in almost anything—and finding a hair product combination that works.

Everything is riding on the upcoming showcase for her acting class, where she’ll finally have a chance to perform for people who could actually hire her. And she can’t let herself be distracted by James Franklin, a notorious flirt and the most successful actor in her class, even though he’s suddenly started paying attention. Meanwhile, her bank account is rapidly dwindling, her father wants her to come home, and her agent doesn’t return her calls. But for some reason, she keeps believing that she just might get what she came for. Someday, Someday, Maybe is a story about hopes and dreams, being young in a city, and wanting something deeply, madly, desperately. It’s about finding love, finding yourself, and perhaps most difficult of all in New York City, finding an acting job. 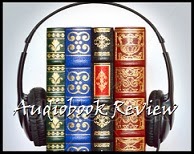 I have often heard that the best success a first time author could have is to write about something they know. When I was listening to Lauren Graham narrate Someday, Someday, Maybe I was thinking that I was listening to her autobiography. The story is about a struggling actress and all that she encounters as she tackles New York City with a three year plan to be a successful actress. I would bet Lauren drew from many personal experiences to write this story. There were a lot of similarities between Lauren's on-screen personalities and her personal life that mirrored that of the character, Fannie Banks. I would have to say that those similarities and how it was written is what's earning the book a 4 star and not a lesser grade from me.  Overall, I did really enjoy Lauren's debut as an author.

There were some real laugh out loud moments from me and there were also some real long, dragging moments too. The plot itself was not a real draw from me. I don't really have an interest reading about the life a struggling actress bent on making it big. Once again, if it was not Lauren Graham, I wouldn't have even glanced at the book. The spots where I was grinning foolishly is when Fannie was trying to get herself out of spots by lying. The more she lied the more she buried herself. She'd often blurt out answers before thinking it through and the result was an accidental comedic routine. It does require a lot of talent to be comical and for Fannie, it seemed to be natural.

Someday, Someday, Maybe offered some great friendships and no real villains of the story. There was a tad of romance and a perfect amount of comedy that prevented any forced jokes. As a narrator I wouldn't have wanted to listen to anyone but Lauren telling this story. She was just excellent. I did wish she would have changed up the character voices a wee bit more because that was the only time I struggled. The voices were all too similar and it was sometimes hard to decipher who was who. Otherwise, highly enjoyable and I am very glad I gave the audiobook a try.

On a side note - the Kindle price is absolutely ridiculous at $15.76. Do yourself a favour and borrow this one from the library like I did.