We're almost done with Mature Romance Week. Thank you all so much for helping me celebrate my 1 Year Blog Anniversary. There are two purposes of today's blog post.
1 -  Is to remind you that tomorrow, Friday May 4th is the big $50 Gift Card giveaway to an on-line book store of your choice.

2 - Just to sit back, scroll down and take a peak at pictures of some hunky men that are 40+. Call it, appreciation day. 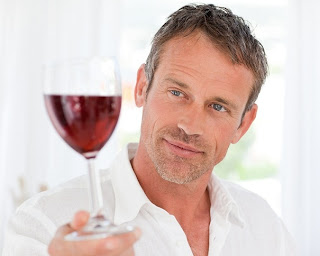 I have no idea who he is. I bought him *snickers* er... I mean I purchase his image from Shutterstock. He was my inspiration for Mature Romance Week. Cheers. 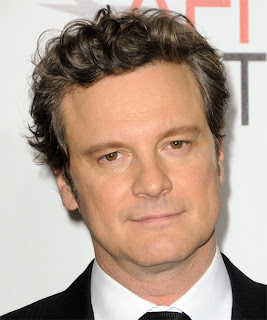 Quite possibly my most favourite hunky mature character hero. Colin Firth is like wine, he just gets better as he ages. Just look at those deep chocolate brown eyes. 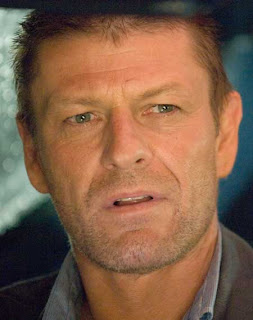 Sean Bean just has that manly look. When I read Diana Gabaldon's Outlander series, Sean Bean comes to my mind as Dougal Mackenzie. He is rugged, handsome and just so so manly! 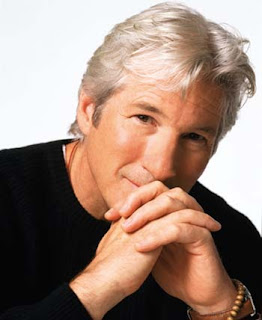 Ahhh Richard Gere. He is so soft spoken and he reads me poetry. Ok maybe the reading poetry part only happens in my mind but that's what I imagine. I don't mind that he is a total silver fox because he is completely a fox to me. 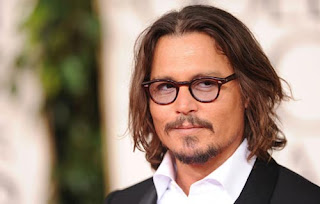 Oh yes Johnny Depp is here. Did you know he is 49 years old!! Just look at that smirk. You know he is up to something. Johnny always strikes me of an actor who desperately tries to  make himself look unkept because he's too embarrassed that he's so handsome. The problem is, I think it just makes him that more endearing. 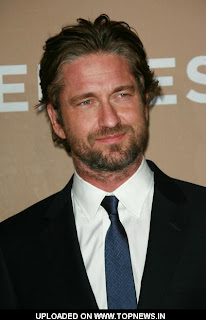 Gerard Butler at 43 oozes more sexuality now than he did when he was in his twenties. Don't you agree? 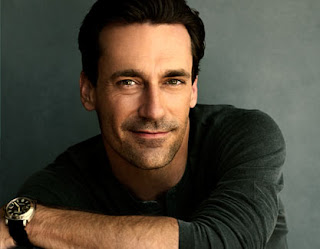 Hello there Jon Hamm. You are barely in the 40+ club but you are. Such a great smile. 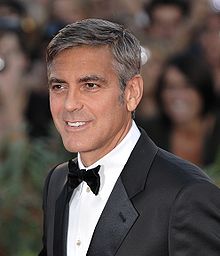 Could I even have a feature like this and not have George Clooney included? No way! I think George made it ok for celebrity men to go with the salt and pepper hair. I tried to look for pictures of George in the younger years but in my opinion, he looks so good just as he is today. The forever playboy, George rounds up my list. 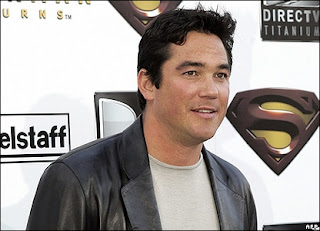 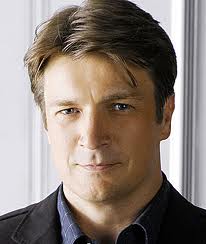 Dean Cain will always be my Superman. At 45 he is just so attractive. He has been on my "list" for years and there he remains. I just like looking at him.


*sigh* Nathan Fillion *sigh* Here is a man who just looks better as he ages. No seriously, look back to his Firefly hunky days. He is hot. But now in his CASTLE days; scorching! 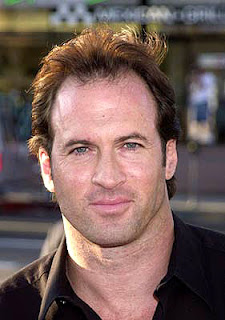 Last but not least, Scott Patterson. He was the beloved diner owner, Luke Danes from Gilmore Girls. To me he will always have a place in my heart as that beloved grumpy man who was fiercely loyal and super sexy with his backwards blue baseball hat.


I hope you liked this little collection. Did I capture any of your favourites? Who would you add to this list?


Friday's post is the finale of Mature Romance Week! A chance to win a $50 gift card to your favourite online bookstore. Check back tomorrow!

Oh man, what a delicious way to start the day! :D You definitely picked some goodies. I really enjoy the man you 'purchased' too. lol. I just want Richard Gere to dance with me all night long. And then I'll curl up in bed with Colin, Sean, Gerard, Dean, Nathan, and Scott. It's gonna be a really, really big bed.

Yay. I was wondering if Scott/Luke would make the cut. I shouldn't have worried. Some very nice choices. I think Jeff Probst, the host from Survivor is a cutie. Definitely gravitate to the ruggedly handsome ones as opposed to the 'pretty' boys.

You just made my day.

Very nice! I'd add Mike Rowe, of Dirty Jobs fame. Always nice to look at a face that has a bit of experience!

Excellent list! I would also add Mark Harmon, Sam Elliott (that voice!). This reminded me of dialogue in the movie "First Wives Club", Goldie Hawn's character is talking about Sean Connery: "He's 300 years old and still a stud!" ;)

Great group of guys! Like many of the other commentors suggestions too. Your special unknown guy kinda remind of the actor that was in the Sex in the City 2 movie & hooked up with Samantha.

hotties!
I'm an old gfc follower of yours. :)
I'm sorry to bother you, but if you have time, Would you please visit my blog and follow me back?
thanks!!