To Tame a Highland Warrior - by Karen Marie Moning


To Tame a Highland Warrior


Only her love could gentle his savage soul—
He was born to a clan of warriors of supernatural strength, but Gavrael McIllioch abandoned his name and his Highland castle, determined to escape the dark fate of his ancestors. Hiding his identity from the relentless rival clan that hunted him, he called himself Grimm to protect the people he cared for, vowing never to acknowledge his love for ravishing Jillian St. Clair. Yet even from afar he watched over her, and when her father sent an urgent summons, "Come for Jillian," he raced to her side—into a competition to win her hand in marriage.

Why had he run from her so many years before? And why return now to see her offered as a prize in her father's manipulative game? Furious, Jillian vowed never to wed. But Grimm was the man she loved, the one who urged her to marry another. He tried to pretend indifference as she tempted him, but he could not deny the fierce desires that compelled him to abduct her from the altar. She was the only woman who could tame the beast that raged within him—even as deadly enemies plotted to destroy them both....

I am not sure if I am being fair with Karen Marie Moning's Highlander series or not. Let me explain.

When I picked up and read the first book in the series, "Beyond the Highland Mist

",  it was directly after I finished reading the entire Outlander

was my first ever Scottish/Highland based book. When I read as far as I could go and I was waiting for Echo to the Bone

to be released, I picked up "Beyond the Highland Mist

" to fill a gap, a void, anything to bring me back to Scotland. The books were so highly rated on Goodreads and Amazon that I purchased every single one of KMM's Highland books. I read "Beyond the Highland Mist

" and was so disappointed. It was not what I was expecting at all. It didn't "feel" Scottish to me and I really didn't like the female protagonist Adrienne at all. I rated it low and promptly put the books aside.
Looking back and reflecting, was that very fair of me? I mean I just finished the epic Outlander

series and perhaps I was looking for something that the bar was set to high for.

Fast forward a few years to present day and the Highland books are still sitting there on my shelf. I have just finished the Fever series by Karen Marie Moning and I was blown away. I can not tell you how much I loved that series. It was written to near perfection and it had everything I loved about books and series. So I thought to myself, 'hey maybe this is a good time to try one of her other Highland books'. Also, this weekend I am heading out a huge Highland Games festival so I wanted a book to take me away and get me into a Highland frame of mind. So I did and that is where "To Tame a Highland Warrior

Geez now I am once again wondering, is this fair? Even though it is the same author, I just didn't care all that much for "To Tame a Highland Warrior

".
As with the first book, I did not like the female protagonist Jillian at all. I thought she was a spoiled little brat. In fact I like what Grimm calls her, "peahen". She did nothing for me. There were no enduring qualities except that she likes children. I wished she had wit or had some sort of sweet cunning plan to get Grimm to pay attention to her but all I got was a whining, spoiled little peahen of a woman. I have no use for them.

And then there is Grimm. No connection with him at all. The circumstance to which he ended up at Jullian's home was a great idea but it all just fell flat for me. No drama, no angst and really there was nothing there for me rooting for the characters to get together.

The storyline for the McKane clan left me with so many questions. I can't list them here because that would be spoilers but there are holes that need explaining. Why this and why that is making me scratch my head and I really don't want to think about it anymore. Book done and perhaps in another while I'll pick up the next one and this time go at it with no expectations. 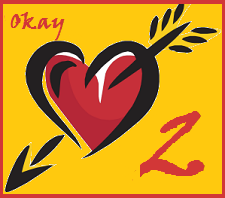 This and the first book in the series are what helped me realize that maybe historical books aren't for me. LOVE this author, and the writing was really good, but I just didn't see myself continuing on. I liked this one better than the first one though...