Welcome to the Another Look Book Reviews blog stop for the Sinful Sirens Giveaway Hop. Thanks to Guilty Pleasures Book Reviews and Under the Covers Book Blog

Who doesn't love a sinful siren?
Enjoy your blog hopping and thanks for taking a peak around my blog. I just adore new visitors. Don't forget to check the linky at the end to continue on with your hopping.


Prize is a $15 Amazon Gift Card for US or CAD resident OR Book Depository for International. (if they deliver to your area)  I'd love to purchase you a book of your choice up to $15. 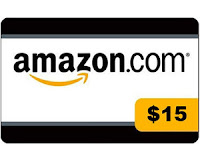 a Rafflecopter giveaway
Posted by Unknown at 9:33 PM

Thank you so much for participating in the Sinful Sirens hop =)

Define sinful... You already know which ones I love becauuse I run to tell you first. :)

I recently read Blood Avenged by Gabrielle Bisset and I'd say the heroine in that one was certainly a sinful siren :P

I recently read KNIGHT by Kristen Ashley and that is a sinful read. The hero is very much an alpha.

well, I don't know if she counts, but Sookie Stackhouse sure does pull in the man candy! she must be doing something right thanks!
http://ismellsheep.blogspot.com/

Any of the ladies from Lisa Renee Jones books. I love her vampire and werewolf series!

Thanks for the chance to win :) Xhex from BDB is one fiesty siren!

Have you read Keri Arthur's books with her siren Riley Jensen?!

Thanks for the giveaway!

Thanks for the giveaway!

Hi
I'd say Cat, from the Night Huntress series by Jeanniene Frost

Molly from Talk Me down by Victoria Dahl

I like both of Karen Chance's heroines- Cassie Palmer and Dorina Basarab. Patricia Brigg's Mercy Thompson is another favorite.

Thanks for participating in the hop and for the giveaway opportunity.

Love Mac from the Fever series by Karen Marie Moning!

Sunny's series Monere: Children of the Moon is fabulous

Thanks for so many wonderful suggestion! Awesome.

Probably my favorite Siren that I can think of is Limos. She is the only Horsewoman of the Apocalypse in Larissa Ione's Lords of Deliverance series.

Thanks for the giveaway! There are so many sinful sirens, it's hard to pick just one. :)

One of my favorites is Cat from Night Huntress series Love her!
Thank you for the great giveaway!
tishajean@ charter.net

A couple of my faves: anything/everything written by Leanore Elliott and Brides of the Kindred series by Evangeline Anderson. Thx for this winning op!

Thanks for the chance!

The ladies from Lora Leigh's books especially the breed series are sinful sirens.

For a sexy siren, I am going to pick Isadora in Tempted (Eternal Guardian Series) by Elisabeth Naughton. When you first meet her, she is so shy and timid, but that all changes by the time she gets her own story! :)
Thank you for the wonderful giveaway!

My favorite "sinful Siren" is Keita the dragoness from "Last Dragon Standing" by G. A. Aiken.
Thanks for being part of the hop and for the chance to win! <^_^>
reneebennett35(at)yahoo(dot)com