When there is a huge fan following as there is with Diana Gabaldon's Outlander series, each fan has and is entitled to their own impression as to what the characters look like.

Many take hours to scour the internet looking for pictures of ginger headed actors and curly locked actresses who could best portray their visual sense of what "their" Jamie and Claire look like.

To be perfectly honest, I have yet to see any actor or actress out there that really captures what I think the Fraser's look like.

There are a few very talented people out there that have the ability to actually draw what they see. Oh how I wish I had this talent but I don't. I can't even make a stick person properly.

I have found a few folks that have really captured and match how I see Jamie and Claire in my mind. I'd like to share some of the work of Alex Oliver. I was granted her permission to share with you.

Below is a graphic screen shot of her visual interpretation of my most favourite scene in the entire Outlander series. Who can forget the reunion scene from Voyager? 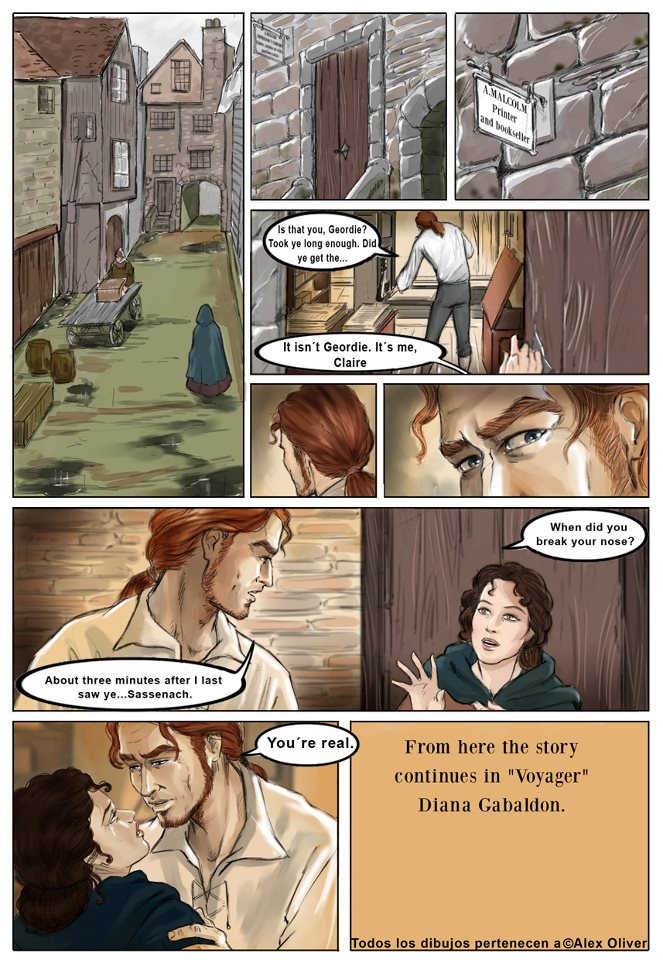 Stunning portrayal of Claire at her different ages. 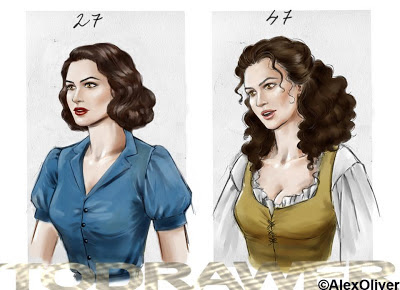 An exceptional job of Jamie at his different ages. 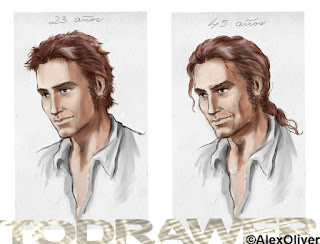 What about you? Do you search the internet looking for pictures of what you think your favourite fictional character looks like?

I'm a little nervous about whom they are going to pick for Jaime on the upcoming mini series.
Oh boy!

You and me both! My fingers are crossed I'll adore both Claire and Jamie. I just hope it is not an already established actor/actress.

Yes, I do scour the internet for pictures (I prefer to call it 'research') [g] I always like to cast the characters, especially if its a series or book I really like.