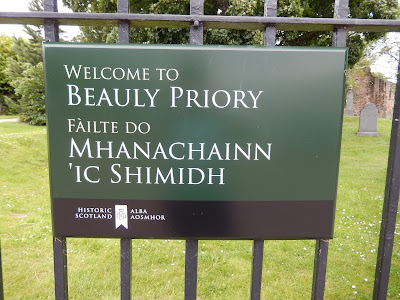 Quote from Dragonfly in Amber, Chapter 41
"There was a small chapel in Beaufort Castle, to serve the devotional uses of the Earl and his family, but Beauly Priory, ruined as it was, remained the burying place of the Lovats, and the floor of the open-roofed chancel was paved thick with the flat tombstones of those who lay under them." 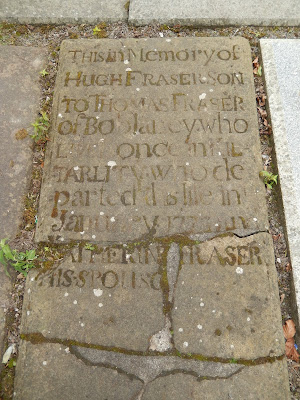 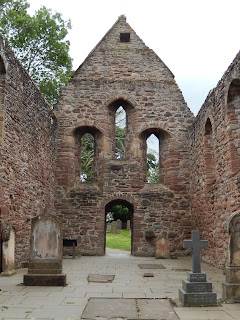 With a continuation of my recent UK trip blog posts, here are a few pictures that once again match some of my favourite book settings. Today's pictures are taken from one of the settings in Diana Gabaldon's Dragonfly in Amber. If you recall Claire visited the ruins where she talked with the Fraser's seer. 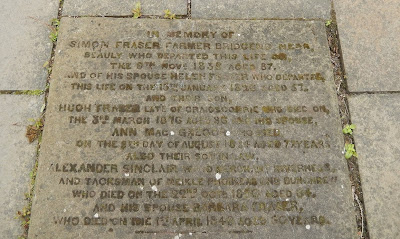 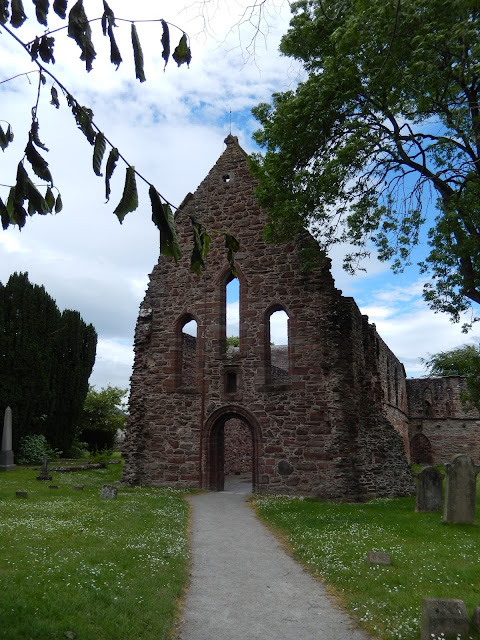 View walking up to the Priory from the front gate. I just loved visiting the various ruins around Scotland...and there are a lot. Of course we chose Beauly Priory because of the Outlander books so my friend and I made a special effort to seek out this particular ruin. My imagination always runs wild thinking about the history behind these ruins. 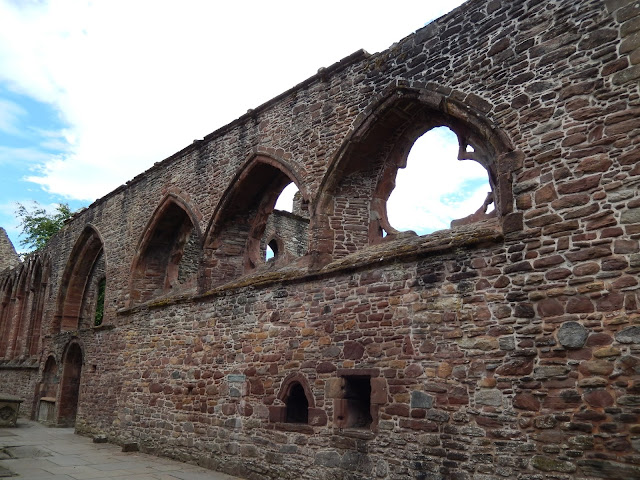 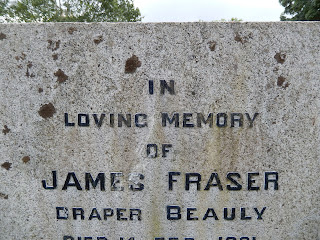 The above tombstone gave us shivers. We didn't see any tombstones with "James Fraser and a beloved wife Claire" engraved and this was the closest we saw. Regardless, it was impactful to an Outlander fan.

Wonderful pictures. :)
I have not yet read the Outlander series, but it is high on my TBR.
Thanks for sharing.