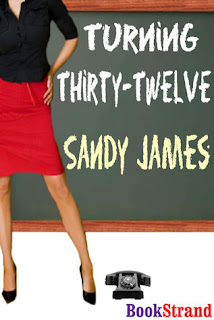 Book Blurb: Jackie Delgado didn’t want a new man in her life until a dreaded blind date turns out to be more exciting than she’d ever imagined. When her youngest son leaves for college, Jackie is hit hard by empty nest syndrome and pours herself into her work as a teacher. Bowing to pressure from friends, Jackie agrees to a blind date. But when Mark Brennan calls, she realizes the date won’t be “blind.” He’s the father of one of her students. Widower Mark Brennan isn’t looking for love. After only a few dates with Jackie, he realizes he’s quickly forming deep feelings for her. Wracked with guilt that he’s “abandoning” his late wife, Mark resists the pull toward dynamic Jackie. When Mark’s daughter begins to date Jackie’s son, things become more complicated. Can Jackie and Mark find the courage to leave the past behind and embrace a new love? And how will a surprise pregnancy affect all their lives?


I asked Sandy about "Mature Romance" and she so kindly wrote this piece for Another Look Book Reviews.


I’ve been reading romance novels most of my life. Well, at least since early adolescence when I could sneak quick reads of chapters from my mother’s books. Many of my notions about the relationships between men and women were formed from reading Kathleen Woodiwiss stories and dreaming of brooding, handsome heroes and beautiful, young heroines. As I grew up, those notions changed, becoming more realistic and contemporary. But I never gave up on reading romance, always enjoying watching the ingénue wiggle her way into the mature and jaded hero’s heart. Every lady won her knight’s love, and every maiden married her laird. (Sigh.)

You might call it middle-age angst, but it was only when I reached my thirties that I realized many romances were a bit…unfair to readers. Where were the older heroines? Where were the seasoned women who knew about love and life? Where were the women who showed their age and wore it with grace and pride? The proverbial “last straw” for me was when I read a romance about a married couple who were both a little long in tooth for the typical romance genre. Oh, but I was happy to think that I could read about a heroine more like me! Then the author mentioned for the umpteenth time that the heroine in her late thirties still looked like a teenager, and I pitched the book against the wall in disgust, sat down at my computer, and wrote a book I figured no one would want to read—a book about a thirty-something heroine who had all the foibles, faults, and victories of a mature woman. Once I wrote my first book, I was addicted. I also promised myself that my heroines would represent all kinds of readers.

Turning Thirty-Twelve is my contemporary romance about a forty-two-year old heroine—Jackie Delgado. She’s divorced. She’s insecure. She’s “real.” And I’m thrilled to know how many readers identify with Jackie. In Twist of Fate, I write about Susan Williams—a thirty-nine year old woman trying to hold her fragile marriage together when she and her husband are hurled back in time. She gets a “do over.” She and her husband go their separate ways, which allows her to discover she’s still desirable and valued rather than simply being someone’s wife.

Authors need to remember that readers are as varied as the stars in the sky. They bring to the table different ages, cultures, likes, and dislikes. With the abundance of books and the new electronic accessibility to a multitude of authors, I hope readers continue to see there are options other than the typical twenty-something waif heroines. 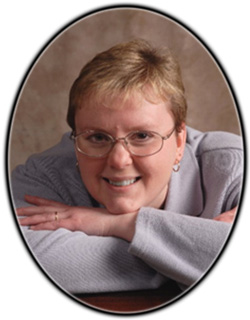 Want to win an Ebook copy of Turning Thirty-Twelve by Sandy James? Just leave a comment with an email address. All winners for blog giveaways this week will be drawn on Wed May 9th.

Thank you for visiting Another Look Book Reviews and celebrating Mature Romance Week and my 1 year blog anniversary.

Check every day this week for giveaways!
Come back on Friday for a chance to win a $50 gift card to an online bookstore of your choice.

Thank you Sandy James for helping me celebrate my Mature Romance week for my Blog Anniversary celebration.

Great post and a great premise for a book. Can't wait to read it.

I am so happy to have found someone who writes about "older" couples. I'm sure you're very proud, as I'm sure other older women are, who now can read about someone nearer their age!
Congratulations on doing what YOU wanted to do.
Patti

I'm right there with you, Sandy! Older heroines RULE!

I absolutely love the sound of this book! And such a clever title too! I find it so appealing when an author writes 'real' characters with faults and flaws and wrinkles too. Kudos to you for being brave enough to try something different! :)

Sandy,
I believe that many of today's romance readers have been long time readers, making them the older readers of today. I think those older readers need characters they can identify with. Your story does just that.

Romance and all the good things - and challenges associated with it - can happen any time in life, so I LOVE that you write heroines who are having their second chance or their "later in life" moments. Great interview!

Wonderful post, Sandy! I'm with you - as a lifelong romance reader, I felt a little gypped by the lack of more 'mature' heroines. Of course, the use of the word 'mature' is enough to make this forty-three year old giggle like a pre-teen. In my head, I'm still 12.

Thanks so much for sharing!

Sandy, I right there with you. Maturity and more real people. This world is not just filled with perfect people. Thank you!! Sign me up. dmf747@comcast.net

Yup, what Cheryl said. They RULE! And one of the joys of growing older is finding out just how really great "older" is. Love the post--and your stories!

Wonderful post! No reason why heroines can't be over 30.

As a 40-something writer and reader, I like the idea of mature heroines and heroes. I have a 40-yo father/grandfather in my Stellarnet Series, but I've been both praised and criticized over this character. Older readers tend to love him, younger readers tend to dislike him. My heroine, at 32, doesn't seem to bother anyone, though. I guess she straddles the mature and youth demographic... (in more ways than one, wink wink nudge nudge!)

A great post. People are finding love and getting married later in life and I so enjoy novels that portray a realistic life circumstance. Of course I never considered over 30 to be "mature" necessarily. hahaha.

I would love to read this! Most heroins are so young and I am not. It'd be nice to see the different perspective!