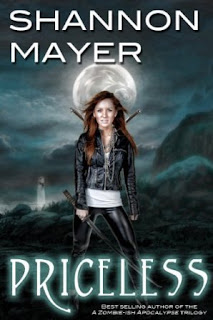 Book Blurb:
When children go missing without a trace, there is only one person who can find them. Welcome to the world of Rylee Adamson, a woman with unique abilities, some wild friends and a unstoppable drive to save those who can't save themselves. But when the details of a missing child duplicate that of her worst case, things start to get freaky. And not in a good way.

Priceless: A Sexy Urban Fantasy Mystery had so much potential but the story fell completely flat for me. I have so many complaints about the book I don't know where to start. How about I start with what I did like.

I will give the author credit for a great imagination and taking the urban legend of a werewolf into a whole new direction. I will admit to constantly imagining the voice of Alex the werewolf to sound like Scooby Doo. Alex seemed like a lovable character and a sweet sidekick that I liked but that is not to say I didn't have issues with his backstory. I don't think I ever got a grasp on why the werewolf pack was after him or why the alphas of his pack would bother with such a minor submissive male. Why did they set an entire pack to kill a meek and mild werewolf and why did they come and go only when the story needed a diversion.
I think Alex was also placed in the story as comic relief but I never giggled and the humour was forced. Here is an example:

"You going to go all Ice Queen on me now?"

Alex barked from the back. "Icy Queenie!"

Good grief. Alex's excitement and apparent happiness was infectious, and it took all I had not to laugh out loud.

I don't get what was so funny? That's because it really wasn't. I got tired of reading that it was time to laugh out loud or smile. It was like reading along with sit-com laugh track inserted into the story. "Cue - laugh here."

The title is listed on Goodreads as Priceless: A Sexy Urban Fantasy Mystery. I think I completely missed the sexy part. What sexy? I think that there was one kiss in the entire story. Completely boring on the sexy front.

Lets start with a small one to demonstrate. At 15% in the book, Rylee conveniently has a "friend" who is eighteen years old and not only is he the best computer hacker in town, he is the best hacker period. Kyle is fresh out of high school and has his house completely bugged with cameras, recorders, computers and multiple laptops. (there is no mention of parents so I am not sure if the 18 yr old owns his own house) Kyle has the ability to hack into police files and FBI databases but when he goes to print off a 300 page document, it takes over two hours because he has a prehistoric printer. WHAT?

Rylee is a "Tracker" and is also "Immune". From what I gathered about the Immune is that she is resistance to magic or from ever being turned into a werewolf. All good stuff but the Immune seems to only work when it benefits the story. Other times it is frequently forgotten about.

Rylee and Alex are trapped in her cellar. There is smoke and fire all around them. There has been a murder. Rylee's friend, Milly the witch has just rescued her from the cellar. What happens next? Oh well, Rylee makes a spaghetti dinner while apparently the fire department and police are all over her property. I thought it was weird that the author bothered to mention that Milly's white pant suit was splattered with flecks of spaghetti sauce. WHAT? What about the smoke and soot from rescuing Rylee and Alex from the cellar fire? Why is the house not filled with smoke or needed to be aired out? Why don't the police and firemen have a hundred questions for her? After-all a cop was shot in the head on her property. I guess that all doesn't matter but the dinner certainly couldn't be missed. There was so much wrong with these events I was sure I had missed something major.

The story ends on a mild cliffhanger but since it was the age old, tired misunderstanding between the main protagonists I dismissed it. I was put off and bored by the this first book, I will not be reaching for the next. 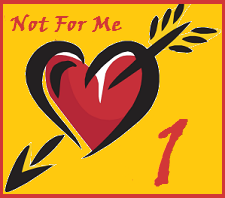 It sounds like there were a lot of things missing from the plotline, which is a real shame. I wasn't a fan of Shannon Mayer's Sundered for many of the same reasons....it just didn't feel 'complete'.