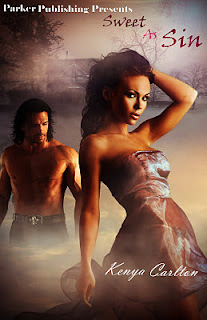 While I write this, I sit in a dark room ashamed of my confession, thankful the laptop is back lit.  I must admit my guilty pleasure is a bit of an embarrassment; it’s a crazy throw back to the Fifties.  A decade of women who waited at the door for their husbands to arrive home with a smoking pipe firmly in hand while their teenagers opined about something as simple as the next sock hop.  Before I’m fully prepared to admit what my obsession is instead let me tell you when it all started… 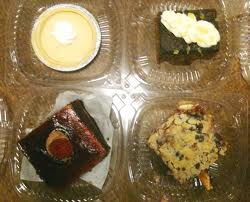 I dine out quite a bit and the variety of restaurants that I frequentall had one thing in common, crappy desserts.   A chocolate lover since birth, I would forego the cake, cookies, or brownie fantasies that looked so pretty in the pictures but tasted like freezer burned crap when put it in my mouth.  After one disastrous evening with a petit brownie, cupcake, and apple tart trio, I decided in that moment I would only use my powers for good and bake a decent cake from scratch. That’s right I said it scratch!No box, microwave, or premade anything I decided to make a cake from the ground up.
Now this is a big deal because I have no patience (how do you write novels you ask if I don’t have patience? Which I answer: Back off me, one idiosyncrasy at a time.)

My first foray into baking was a caramel cake.  It came out pretty good, but the glaze wasn’t quite right. So back to the drawing board I went.  Through much work with testing and shaking old ladies down, I finally found two different ways to do the glaze so it appeared as if the cake was covered in candy.
Once I made that particular recipe my personal bitch,I moved on to snicker’s cheesecake (messy), red velvet cupcakes (these make the kitchen look like a crime scene), Praline iced brownies (helluva buzz), and peanut butter chocolate cake (everyone’s hands down favorite) but the baking is not the embarrassing secret.

The guilty pleasure of it all is that I don’t eat a damn bit of it.  That’s right I said it; I’m a bona fide sugar pusher and I don’t smoke my own stash.  The most I take of any dessert is only a few bites if even that much and I want those bites to be great.  My cakes and pastries are shared with co-workers, family, and friend’s heck anyone that turns their head when I pass by with my sugar crack. 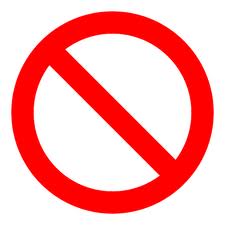 In all honesty the government should start a drug program like D.A.R.E. to warn you poor unsuspecting souls about people like me.  Until this very moment the only person who has ever gotten hip to my sick obsession is my mother.  I have been threatened within an inch of my life that if I bring anything that could lure Hansel and Gretel to her front door that she will rabbit punch me repeatedly.  Now normally I would have found that funny had anyone else said it; unfortunately she is really tiny and crazy strong. (There’s nothing worse than a mean ass kicking elf.  What they lack in height they make up in speed).

But that’s not all…On top of everything else I am now officially a dessert snob.  I can spot a box cake a mile away or cookies that (clutching my pearls in horror) were once rolled up in the freezer section and to make thing worse I won’t share a recipe.
Unh, nope, figure it out for yourself  I certainly did.  I had to hone my craft to make people fall for my sweet smile holding in hand even sweeter batch of brownies that taste like heaven which you can attribute to that extra dose of bourbon I hit it with. So in advance allow me to say if you have or ever will be a victim of my dessert obsession, I extend this heartfelt apology, my bad.

True story: The last time I visited my cousin, she was bakingfrom scratchand when I went to hug her goodbye she asked, “Did you just sniff me?” and I whispered like the big bad wolf in her ear, “Yes and you smell like cookies!”

How about you? Do you bake from a box or buy from the bakery? Are you a dessert snob like me?

I think you and me were made to be today. You bake em and I eat em!

Thanks for hosting on my blog today. Your baking sounds fabulous. I totally agree about the restaurant's dessert being less than good at times. I love me homemade but alas I hate to bake/cook.
Let me send you my address and you can mail me your creations LOL

This was such a fun post to read! Good for you for mastering the art of baking! I've never been a baker myself, or had any real desire to bake, but a part of me admires those who do, especially the ones who do it so well. The peanut butter chocolate cake has me drooling over here, btw. I'm with Michelle. You can send me something sweet any time you want. ;)

I'm right there with you - I LOVE to bake!!! In my freezer there is ALWAYS homemade bread and buns ready to be tossed into the oven and baked. And what would christmas be without homemade cookies? Not to mention my oldest kid LOVES to help me - this year we made a gingerbread house from scratch and decorated it - SOOO much fun!!! (not the prettiest, but it will be better next year ;-) )

me i do not bake i burn every thing but i get it fr a lady to do all i need
and there is no bakery here in our area
i have not read any of the book sorry
desitheblone @msn.com