There are a few other bloggers that are doing these Guilty Pleasure posts as well. It all started with C.J. Duggan and if you want a bunch of smiles, circle back to her site and see the comments to read other pleasures. Love to have you join the fun.


I hate cliffhangers. That's usually one of the main reasons I don't start a book series until they are well on their published way. By sticking to my method I get to be greedy and read books back to back and skip right past the torture some authors do to their readers....hanging us with angst at the end.


Well the same reasoning applies to TV series. I used to loathe the end of a season because that translated to an endless summer of wondering what would happen in the fall when the TV show would gear up again. I hated that because I never ever want to rush summer along but dammit, I needs to know what happened to my favourite characters!! You the same?


So a few years back, I think it was during the 2008 TV writer's strike, my outlook of TV watching changed. Why do I do this angsty torture to myself every summer when I could just go out in the fall and buy the entire season on DVD and watch them back to back. *cue angels singing*


So now that's what I do. My Guilty Pleasure is all the money I spend purchasing DVD TV Series. New and old TV series. 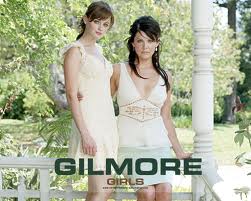 Super huge on Gilmore Girls. The theme song brings me back awesome memories. Love love this series. Probably best series ever to be on TV. 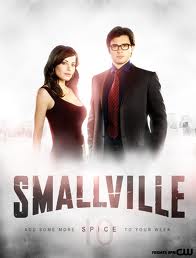 OOOOH I haven' t bought SMALLVILLE SEASON 10 YET BUT SOON! 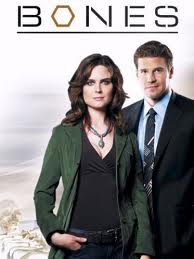 I need my BONES fix. I love their commentaries on the DVDs. They are actually funny and entertaining.

ANNNNNNNNNNND my love for Castle knows no bounds. This is probably the only TV show that I actually glue myself to the TV once a week to watch. Doesn't matter though. I still buy the Season DVDs when they come out. 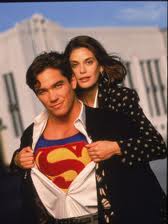 *sigh*I still carry a torch for Dean Cain. I love this short run TV series but I treasure that I have them all on DVDs. 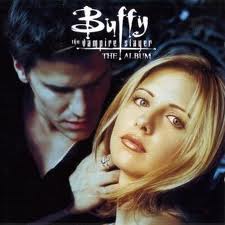 Oh and Buffy and Angel. I have both of the collections. I just adore Joss. I even have Firefly & Serenity.


I could go on and on but please share with me, do you collect TD DVD series? Do you go back and rewatch them often?

I have several TV series on DVD, but the ones I treasure the most are my Gilmore Girls collection and Seinfeld. One of the series I'd love to own someday is Baywatch. Yeah, seriously. I love old-school Baywatch, and I majorly shipped Mitch and Stephanie. I wouldn't mind getting my hands on Lois and Clark either. I love me some Dean Cain too. :)

I only own three series on dvd. One series, Army Wives, is still on going and I will continue to buy the seasons. One series, Dr. Quinn, Medicine Woman, ended years ago, but I never bought the whole thing. I think it was a money issue and one series, Gilmore Girls, ended 5 years ago and I have every season. I got so hooked, (still am hooked, I should say) that I couldn't wait for the announcement that the previous season was coming out on dvd. I have watched though dvds so many times, that some discs are starting to skip.

I own lots of DVD movies, and some TV shows (Gilmore Girls, Parenthood, Six Feet Under, some of Dexter). But I rarely watch them.

Somehow I just can't make the effort to watch DVD's of things I've already seen. Even though I will watch the same things on TV if they are on again.

I only seem to watch DVD's of things I haven't seen yet (TV shows on the premium channels that I don't get) or movies I never saw in the theater.

I always want to watch my DVD's and I tell myself I will make time, but I never do.

I'm so guilty of this as well... I have all of Buffy and Angel DVDs, including Castle - he's cool. I also collect and watch a bunch of others: Bored To Death, True Blood, Supernatural, Being Human and Fringe:)

Guilty as charged!! OMG I am the DVD Queen!!

M.A.SH, How I met your Mother, Sex and the City, BUFYY!!! (Of course) Pride and Prejudice, Nip/Tuck, Big Love, Arrested Development.

Oh wow! I have a problem!? I haven't purchased any for a long while, I am suspecting that my obsession has moved to book buying.

My G.P is up! FINALLY!! http//can-duu.blogspot.com/