There are a few other bloggers that are doing these Guilty Pleasure posts as well. It all started with C.J. Duggan and if you want a bunch of smiles, circle back to her site and see the comments to read other pleasures. Love to have you join the fun.
I'm very excited to welcome Author Leslie Lee Sanders to my Wednesday's Guilty Pleasure. I love her little shameless blameless fun. *giggles* I have to admit, I'm pretty guilty of it myself. 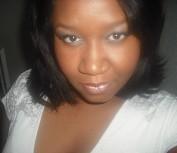 Admit it. We're all guilty of exposing cleavage.
Anyone with boobs, some men included, are guilty of exposing a little boobie crack once in a while. Since the act of exposing cleavage requires a person to have two separate mounds of fat that can easily be cradled in the palms of one's hands, (preferably on the chest) some boobs don't qualify. Sorry, tweens. Pre-boobs don't count.
I'm Leslie Lee Sanders and my guilty pleasure is exposing a little cleavage.
It's a known fact that women like to talk and men like to, um, sex. (Don't ask for the source of that information.) When dating, each tries to please the other. Men flirt with words and women flirt with boobies, even if we don't intend to share our mounds so soon.
The pleasure of showing off some cleavage comes from the attention I receive from it. The guilt comes from the pesky voice in my head repeatedly telling me that I'm whoring myself out. With every suggestive grin or wolf whistle I get, I swear I hear, "You whore. You dirty little whore," in my head. (Although I'm American, the voice has an English accent for some reason.)
What girl doesn't love attention? Since we were tweens, strapping the piece of fabric that they call a training bra across our chests, we couldn't wait to join the crowd of developing girls who died to have a boy run by and snap their bra straps (a mischievous little game boys used to play). Yes, it stung like hell but it meant the boys knew we had boobies and that's all that mattered.
Such a whore. I hear it now.
To justify my actions I'll explain… it's a survival mechanism really. Back in the Stone Age, the woman's job was to—okay, I was about to feed you a load of crap. We wear our low cut shirts and pretend to be offended when men stare at us like pieces of meat, but we really like the ogling otherwise we wouldn't wear the low cut shirts.  No, scientific explanation needed.
Admit it. You like the attention you get from exposing yourself, don't ya? 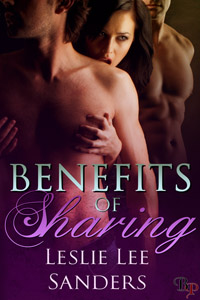 Leslie Lee Sanders' sexy new book was just released August 12th by Breathless Press.
You can find out more information about Leslie Lee here:
http://www.leslieleesanders.com/
or follow the fun on Twitter here:
@LeslieLSanders
Posted by Unknown at 7:29 AM

You're way too spot on there Michelle - of course love to be ogled at hehehe and the cleavage does come into it. Very cool guilty pleasure - saying it just as it is... we all do it...

Thanks for having me here today, Michelle! And thanks for inviting me to post my guilty pleasure. :-)

Would anyone else like to admit to the crime?

I have to admit, I love summer and wearing sundresses and one of the reasons is to show a little cleavage. Yeah I admit it. I prefer V neck Tshirts too. I just like the look of a V neck, a little cleavage and a pretty necklace resting just above the valley. I think it is so feminine.
Great post and thanks for stopping by today.

I'll admit it. Besides my girls (the ones I go to see each year) know it's true so why deny it. Now I won't go too crazy. But, like Michelle said a little cleeevage (I said it with a French accent), is nice to show off.

Leslie, you 'cracked' me up! No pun intended. ;) I'll admit that I'm not quite as blessed in the boobage department, but there are times, when I'm wearing the right shirt and the perfect push-up bra is doing the job of 10 bras, that I can actually see some cleavage, and I feel a warm, tingly feeling inside. *listens for voice with English accent*

Kristin at Happily Ever After-Reads

*Biting my bottom lip* Oh God it's true!! and why is our inner monologue always in an English accent??

Awesome Guest Post ladies! I am loving that GP has branched out to feature a "Guest Post" SO cool!

Thanks, Laurie. I feel welcomed! I see we have French accents as well. Nice!:-)

Julie, there's no shame in wearing a push up bra to get the same effect.But I must warn, the longer you wear one the more likely it is you'll start hearing those English voices too. ;)

Jennifer, you're right. The slut button depends on the cleavage. But in most cases your girlfriends' opinions work well in gaging ones sluttiness.lol.

Thanks for commenting. I had no idea my plans today would include talking about boobs! :-))

Hi, Kristin.Glad you like the book cover. *wispers* It IS hawt!

Thanks for the comments.

Of course we flaunt .. there's not a lot of things we can flash and not be arrested, but cleavage is one of them.
and of course your inner voice is upper crust english. Tall handsome, yum....
and elegant hands a butt to die for and more than that NO builder's bum!

I loved this post! I shamelessly admit I like the attention. Your post was really fun to read. I loved the English voice. I think the same person has visited me. I so have to pick up your books.Sounds like they will be fun reads.:)
http://alaskanbookcafe.blogspot.com/

I like to show cleavage, but for me it's really hard to do. I have *cough* a big chest, to put it VERY mildly (I'm not kidding. It seems like the first place I gain weight is my chest), so for me cleavage hits ho really fast simply because there is so much cleavage to show.

Raven said, "Of course we flaunt .. there's not a lot of things we can flash and not be arrested..." Right about that. :-)

Cristina, thanks for your interest in my books! Please enjoy.

Honoria! *waves* Thanks for commenting.:-))