What a year this has been for Margaret Ethridge! 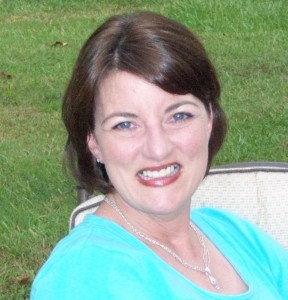 ·         At Christmas time Margaret was featured in a romance anthology by Turquoise Morning Press titled “Believe” which The Romance Reviews nomineed as one of the Best Books of 2010. Believe was where we were first introduced to her lovable couple Jack and Ellie.


·         In the same month, Margaret treated her fans who wanted more of Jack and Ellie so a FREE  read on her website www.margaretethridge.com. A nice little New Year’s story to tide us over.


·         Not even a month after the release of her first published book, Margaret was featured in another Turquoise Morning Press anthology, “Be Mine, Valentine”. Once again her fans were treated to a humorous update to the Jack and Ellie storyline.


·         That brings us just to March and did she rest? Nope, another FREE read on her website to give us a St Paddy’s day snippet of Jack and Ellie.


·         The All Bets Are On! anthology was released in May which is a collection of Kentucky Derby themed short stories. Margaret’s Going the Distance once again featured our favourite couple Jack and Ellie as we get to peak a bit further into their growing relationship.


·         Didn’t get enough of Jack and Ellie in All Bets are On! Wanted a little bit more? Well that’s where Margaret’s ebook The Feeling is Pari-Mutuel comes in. Fans get to spend a bit more time with our favourite long distance couple.


Margaret! I am out of breath reading your publishing activities this past year.
Thanks for having me here! I’m so happy to have a chance to talk to your readers. I hope you don’t mind if I lie here and rest while we chat...


All those exciting stories in just less than a ½ a year.  What an accomplishment! I’m not even done yet. The reason I begged asked for an interview with you was to talk about what I consider my most awaited book of 2011 - Contentment. 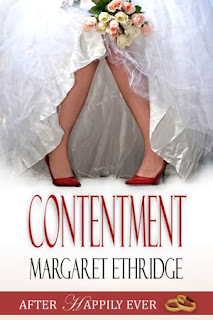 Reading all those bullets above, I just have to ask, is your head spinning?
It is now! Wow. It has been a wild ride, and I’ve been terribly lucky. I have a fantastic support network of family and friends who have been incredible. My publisher, editor, and all of my fellow Turquoise Morning Press authors are amazing. And, the readers have been... I’m a writer and I don’t even have the word. Stupendous! Will that do? The readers have been stupendous.  I don’t know what I would have done without you all.


What does your family think of this past year activities?
They’re all very excited. My hubby has morphed into a one-man promo machine and the kids think it’s pretty cool to see my name on the covers. My siblings, nieces, and nephews are legion and very vocal - particularly when they’re calling me a smut-monger. Affectionately, of course. My mom is particularly excited for Contentment’s release because it’s not as ‘risqué’ as Paramour.


Ok let’s talk about Contentment. How beautiful is that cover?
You should have heard the epic SQUEEEE when I opened the attachment. Isn’t it gorgeous? Dara England was the graphic artist for this one and I think she hit it out of the park.


When I first read your caption “Have you ever asked yourself, “Is this all there is?” I immediately felt a connection. Being an avid romance reader, I always read about the happily ever after. Sometimes I ask myself under my breath, ‘yeah I wonder how John and Jane will feel about each after 15 years of marriage’ and that’s exactly where Contentment takes us. It reads so real to life right down to the piles of laundry. What made you decide to write a story about a couple who are in the thick of the whole marriage and family thing?
I’m living it. So are all my friends. The more I talked about the concept of this book, the more open the dialogue became and a few universal themes popped.
I think everyone asks themselves ‘Is this all there is?” at some point. It’s not a gender-specific question. We’re conditioned to want more.
I’d say that most of us are in a different place in our lives than we envisioned five, ten, or fifteen years ago. That doesn’t necessarily mean that the choices we’ve made were bad choices. It’s just that when you’re facing your never-ending laundry basket, juggling carpool schedules, and wondering when the body reflected in the mirror became your mother’s,  it’s easier to get lost in the disappointments than rejoice in the triumphs. That’s what has happened to Tracy Sullivan.


Married women around the world are going to relate to Tracy Sullivan yet at the same time when they read Contentment they won’t necessarily agree with her treatment of her husband, Sean.   What was your biggest challenge in creating these characters?
I think the biggest challenge was to remember that there’s rarely a clear-cut hero or villain in any marriage. There are certainly times in this book when one character comes off far more sympathetic than the other. I will admit to finding Tracy a little whiny and spoiled at times, but I also understood exactly where she was coming from. With Sean, I waxed and waned between wanting to run away with him and the urge to punch him in the mouth. It takes two, and these two certainly provided me with plenty of fodder.


With the internet being so popular for dating sites, new friendships forming over Twitter, people connecting through Facebook, I loved that you had a internet connection for Tracy. Being a blogger you hope to have people like your work and comment on your posts, so I thought it was really creative to have your character reach out to someone she doesn’t know. How did this come about?
I think it just evolved from the thought that many married couples seek some form of escape from one another. In this case it’s a little extreme, but there are layers to that.
Our everyday lives are so steeped in media it seemed like a natural fit. And it evolved along the way. Tracy finds a little solace from her troubles in a television show. When that show leaves her hanging, she searches the internet for more and finds a world she didn’t know existed.
For Tracy, and for so many of us, there’s safety in the anonymity of the online world, but also comfort in knowing there are people who share her feelings. What started as an escape from her battered hopes and dreams became her key to becoming the woman she wants to be. One of the biggest steps she takes to reclaim her life, Tracy takes online. I love it when a story comes full-circle.


Anything else you want us to know about Contentment?
My husband would like me to make it clear that this story is not based on our marriage. LOL Seriously, I love this story, and I’m so honored that Turquoise Morning Press chose Contentment to launch the After Happily Ever line. I think the love stories that come after we say ‘I do’ can be just as compelling as that first rush of falling in love, and I hope the readers do too!
Thanks so much for your interest. I hope you enjoy Contentment!


We’re giving away free digital copies of both Contentment and Paramour! Winner to be drawn Sunday night July 3rd and contacted by Margaret Ethridge via your email address. To enter:
1. You must be a Google Friends Follower of Another Look Book Reviews. (join on the right hand side)

2. Please comment below, including an email address ( susiek at yahoo dot com) when I can get ahold of you, and answer the following questions:

That's it! Enjoy.
PS - come back on July 11th, where we have a Win a KINDLE giveaway for the offical launch of Contentment.
Posted by Unknown at 10:39 PM

Great questions, Michelle and Awesome answers, Margaret.
I enjoyed your wit and candor.

Couple observations. I keep having issues posting using the google profile. I end up using the name/url option.
Second, do you want my email directly in the comments?

What would I do for love? I'd do anything for love, but I won't do that.

What would I do for a Klondike bar? Um, well, I'll tell you what I won't do. I won't flash a room full of my lady friends, that's for sure. Um, er, nevermind!

This was so enjoyable to read! It's amazing to see all you've accomplished in such a short time, Margaret! Congratulations to you! I've loved everything you've written, and Contentment is proving to be no exception.

I would sing a song for love (in Japanese); I'd juggle flaming batons for love; I would dance on the ceiling for love; I'd mime on a street corner while eating street meat for love, etc....

I would make a special trip to the grocery store and spend the full 6 or 8 bucks for a box of Klondike bars. That's what I'd do.

email me any time at: the[dot]write[dot]stuff[at]hotmail[dot]com

What would you do for love? -- I'd make a fool out of myself several times (and Lord knows that's happened!)

Thanks for the comments. I particularly love the fact that Christine quoted a Meat Loaf song.

Sophie: A Klondike Bar is a big square chocolate-coated ice cream bar. Their slogan was 'What would you do for a Klondike bar?' :)

And I really can't stand Meat Loaf. But I just had to.

Great interview--your answers were honest and intriguing. I love the premise for the book--and for the new series from TMP.

Thank you Judy and Julie! :)

Fabulous interview Michelle and Margaret. My two favorite M&M's. I'm not doing this for a free give away, when Contentment will be in my iBook before the weekend is over, but I loved the quirky questions.
What would I do for love?
Hmm..... it so happens, for my love, I promised a homemade cherry crisp, so that's what I AM doing.
What would I do for a Klondike bar?
I'd flash soulful puppy eyes at Michelle, and whimper for one.
All fun aside. Congratulations Margaret. Great interview, and continued success with your release of Contentment

Um, I don't need to win this. I have both books already. And they're great!! Margaret, you are a fantastic author and I'm proud to be a fellow TMP'er. Great interview.
As for your questions, the answer is the same: just about anything. ;)
Bobbye

Love the interview and learning more about you. Don't enter me in the giveaway; I already bought your book and it's next up in my TBR list.

Thank you all for your comments and your enthusiasm. I hope you enjoy Contentment!

According to my friends at Random.org our winner is Sophie!

Thanks for your comments!

YAY thank you so much Margaret and Michelle! I can't wait to begin reading them! :D