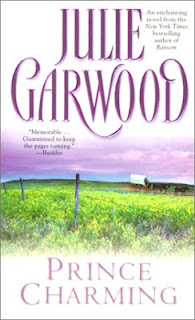 Book Blurb:
Only her beloved grandmother, Lady Esther, knew how devastated Taylor Stapleton had been when her fiancé eloped with Taylor's cousin. Now dear Esther -- one of London's richest and most formidable matriarchs -- lies dying. But first she was going to help Taylor pull off the scam of the season.
To escape becoming a ward of her unscrupulous uncle, Taylor would wed Lucas Ross, a rugged American rancher. Lady Esther's money would enable Ross to return home to Montana. Taylor had her own urgent reason to go to America...a precious legacy she hadn't revealed to Ross, for they had agreed to part ways once they reached Boston. But as her handsome new husband spoke of life in Montana, Taylor began planning a new future. To Taylor, the wide-open spaces of Montana sounded like paradise.... 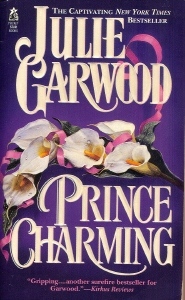 Lady Taylor dearly loved and was close to her extremely rich and powerful grandmother Lady Esther. Lady Esther was more like a mother to her. When her grandmother became gravely ill, one of Lady Esther’s biggest worries was how she was going to protect Taylor from their greedy unpleasant relatives. A plan was developed and Taylor found herself quickly married to the American Lucas Ross. That was just the first chapter. From there, the story takes the reader from England across the Atlantic to Boston, Cincinnati and to then to the final destination of a tiny frontier town called Redemption.

It is no secret that I am a Julie Garwood fan girl. I can’t get enough of her writing style and the formula she uses to develop her characters. Starting from the first chapter, I’m a goner. Prince Charming

was just the same.

takes the reader on a wild journey from London, England 1868 and then across the ocean to America. I adored how Lucas was introduced to Taylor’s friends at the ball. I was intrigued with the characters right away. If I knew Julie Garwood personally, I’d get down on my hands and knees and beg her to make Prince Charming

a series where she’d one by one have Taylor’s friends journey across the ocean to marry the men of Redemption, Montana. Oh I’d gobble those books one at a time!

was an exciting read. I really got to know and understand the characters well and I felt all their emotional turmoil. There were times my heart was beating so fast because I was reading at Superman speed dying to know what was going to happen next. Excellent storyline! Prince Charming

has a few other side stories that kept everything interesting without cramming too much into one book. Hunter and Lady Victoria’s story was exciting and I was rooting for them to get together. I loved when Hunter, a ½ breed Indian, was trying to explain why they couldn’t be together and he said, “My grandmother was a Crow” as to which Victoria replied, “My grandmother was Irish.” It was perfect and I think I loved them a little bit more after that conversation.

In most of Julie Garwood’s books she includes children into the storyline. She writes them well and they add in a perfect little mix of comic relief. In Prince Charming

that is the case with Taylor’s adorable nieces Georgie and Allie. The pair are identical twins and they go on quite a journey themselves. I love how Julie Garwood writes the girls like real children and not as sweet perfect angels. Instead the pair are just like average two year olds testing and constantly pushing buttons while experiencing the occasional temper tantrum. The addition to include an orphaned six yr old David Daniel as the self appointed protector of the twins was genius. His character became just as important to story.

I didn’t want to give too much away about the actual story because I don’t want to block for spoilers nor do I want to ruin this amazing read for anyone who would read this review. I loved Prince Charming

and would recommend whole heartedly to anyone who enjoys the historical romance genre.

Oh I love Julie garwood and this is such an lovely review, im putting on my TBR list!